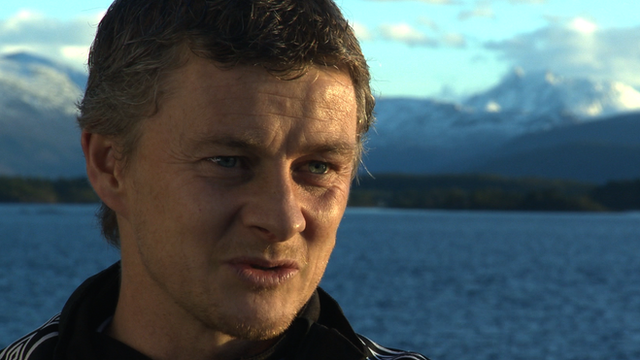 Manchester United legend Ole Gunnar Solskjaer has said that rivals Manchester City  are like Manchester United’s “little brother” who will never be able to take their “big brothers” place. Solskjaer made his comments in a BBC Football Focus interview before this weekend’s top of the table derby clash between the two Manchester clubs at the Etihad Stadium.

Solskjaer’s comments are likely to annoy City fans who saw their team pip United to the Premier League title last season. Everybody knows the ambitions of City and their owners to compete with their city neighbours. The amount of money City have spent in the transfer market is a testament to those ambitions.

“When you get disappointments, you bounce back” said Solskjaer.”It’s always this thing about being the big brother and the little brother coming to try to overtake the big brother.

“That always happens in families and in clubs – the young player hoping to take the old player’s position – and City are hoping to overtake United. I don’t think they’ll ever be able to.”

Solskjaer, now manager at Norwegian champions Molde, became an instant United legend and clearly demonstrated his former side’s will to win when he scored that famous injury-time winner that captured the 1999 Champions League crown for United in a 2-1 victory over Bayern Munich.

He went onto say that United would again show the character to stop City’s resurgence.”The start of this season has been good, not brilliant, but United are always improving throughout the season,” he said.

“Man United have over the years – and through their history – won in dramatic fashion. In the club’s history, you’ve had so many disappointments, like the [Munich air] disaster, and they have always stood up again and bounced back. It’s just in the DNA.”

United go into the derby three point clear at the top of the table and it’s going to be a fascinating first encounter of the season with both sides desperate for a win.