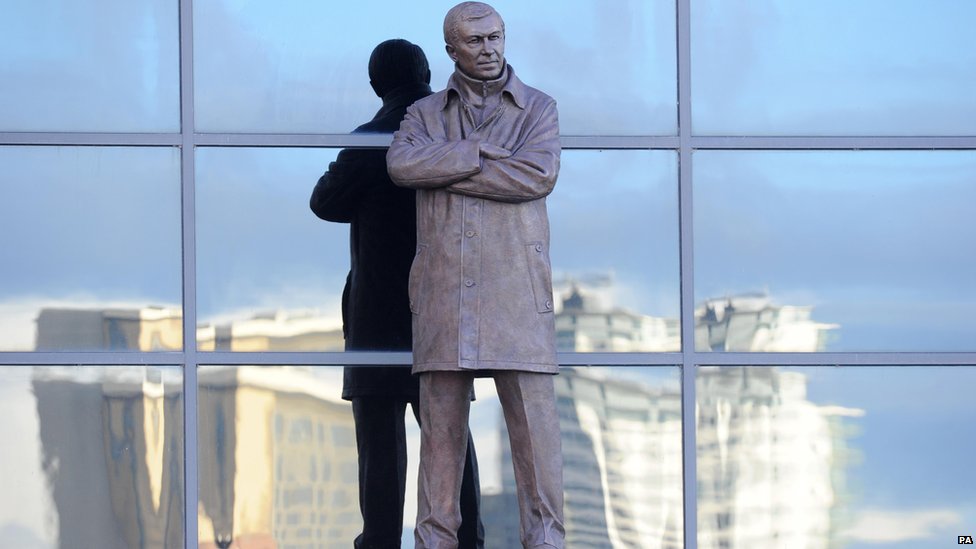 A bronze statue of Sir Alex Ferguson has been unveiled at Old Trafford by his wife, Lady Cathy.

The nine-foot statue was commissioned back in November 2011 to mark 25 extraordinary years at the club, when the North Stand was also renamed the Sir Alex Ferguson Stand.

The first-team squad and many ex-players attended the ceremony in honour of English football’s most successful manager.

“I’ve had an incredible journey at the club and I’ve had so many great players, some of whom are here today.

“They should build this statue for them all, because they’ve been absolutely marvellous.

“From 1986 right through to today, the players have given us enormous pleasure.

The remarkable 70-year-old has been in charge of United for 26 years, winning 37 trophies including 12 Premier League titles and two Champions Leagues

Former England captain Beckham said: “What an amazing day for you, your family and for the club.

“I just want to say thank you for everything you have done for me. My time at United was without doubt the highlight of my career and I cherish it.”

Ex-England and United captain Robson said: “When you get an honour like that from a club as big as Manchester United you know you’ve been very successful and you’ve achieved a lot more than people could ever imagine.”

Former United and Netherlands striker Van Nistelrooy said: “All that’s said today is an understatement. [His achievements are] more than anyone can describe. He’s a visionary, building teams and he’s done it many, many times over his 26 years.”

Danish keeper Schmeichel, said: “It’s so well-deserved. I don’t think there’s a single person in this country or the world of football, who has been more influential than he has.”

Love him or loathe him, no one can deny his remarkable achievements and he will never be forgotten at United.