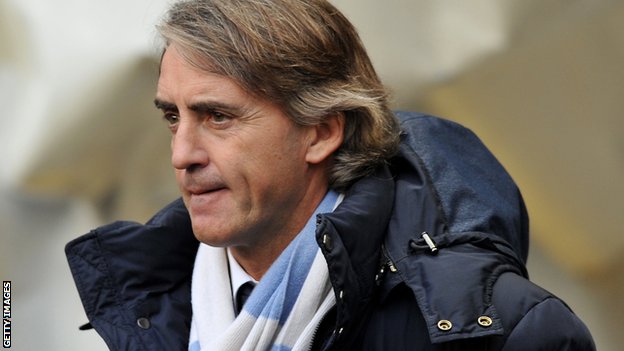 City boss Roberto Mancini’s future at the Manchester club has been questioned by some, including former City defender, Danny Mills. It’s been reported that Mills has suggested that Mancini will be replaced at the end of this season.

City are currently second in the Premier League but are 12 points behind their city rivals United. They are also out of European competition. This has led to speculation about Mancini’s long-term position.

However, Mancini brushed all such suggestions aside and stated, “In the last 15 months I am the best manager in England.”

As reported on the BBC Sport website and speaking after City’s FA Cup fourth round win at home to Leeds, Mancini said,  “Someone says for six months that Manchester City would change manager, Guardiola would come in, and after Guardiola went to Bayern Munich, now another manager.”

“I won one Premier League, one FA Cup, one charity shield, there is not another manager that’s won like me in the last 15 months.

“I can do nothing but it is the reality.”

Mancini replaced Mark Hughes as City boss in December 2009 and he led City to their dramatic Premier League title last season. But they haven’t shown any signs of improvement this season and there is talk of unrest in the City camp.

There has also been some restructuring behind the scenes, with former Barcelona technical director Txiki Begiristain being appointed as Director of Football.

It’s going to be interesting to see if Mancini can push City on for the remainder of the season. He’s insisting the Title race isn’t over and they are still in the FA Cup.

Will Mancini be City manager next season? A lot depends on who else is available. Guardiola is out. Will Jose Mourinho still be at Real Madrid? Who else is there with the stature to take on the role and bring City the success their owner’s investment demands?