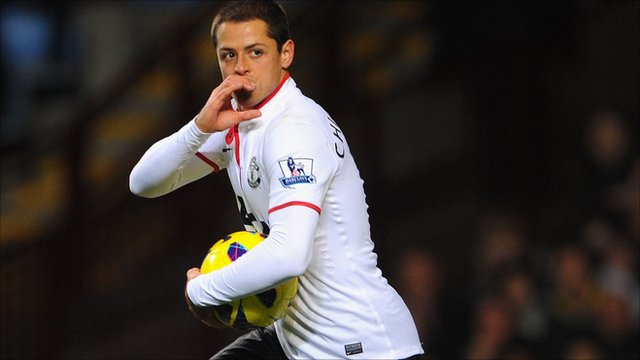 Manchester United’s incredible comeback from two goals down against Aston Villa was down to the unshakeable belief Sir Alex Ferguson has built into the team says two goal hero Javier Hernandez.

“We’ve never given up in the history of Manchester United,” Hernandez said after his eighth strike of the season.

“That’s what the gaffer and all the legends show you. You learn the game is 90 minutes, so you fight to the end.” (Source: BBC Sport website)

United have come from behind to win eight times already this season in all competitions and are infamous for scoring late winners, much to the annoyance of rival teams and supporters. It can be no accident that United do this so often and is testament to the winning mindset Sir Alex Ferguson has built up at the club over the years. So much so, that even if United go two goals down, the opposition, their fans, commentators and more importantly, the United players, expect to turn it around.

For the neutral, this leads to games full of drama and excitement and is why United and the Premier League is so popular throughout the world.