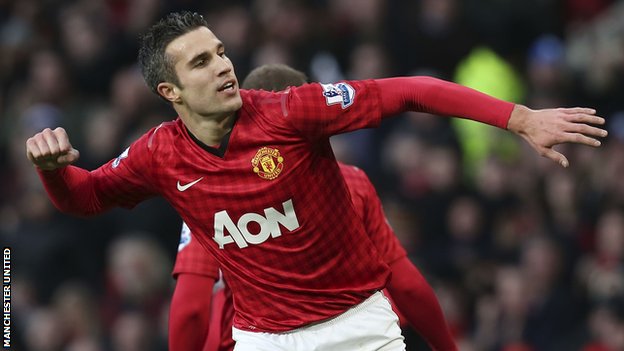 Sir Alex Ferguson has claimed that Robin van Persie is the “last piece of the jigsaw” for Manchester United as reported on the BBC Sport website.

The ex-Arsenal striker has scored 12 goals in 18 Premier League games so far this season which have helped United to claim a four point lead at the top of the table.

Sir Alex said, “I’m reluctant to subscribe to the cult of an individual, but sometimes you find the last piece of the jigsaw.”

Having lost the Premier League title last season to rivals Manchester City, Ferguson and United were under pressure to respond and the signing of van Persie, who was also reportably wanted by City, sent out a message loud and clear, to players, fans and title rivals that United wanted their Title back.

So far, it seems to be working. The United striker has made a big impact at Old Trafford, scoring 15 goals in all competitions. Many of those goals have been crucial. None more so than the last minute winner to claim a 3-2 victory against City.

Such has been the impact of van Persie that it is being likened to that of the United legend, Eric Cantona.

Speaking in United’s programme for their Boxing Day game with Newcastle United, Ferguson said: “We did it when we bought Eric Cantona to Old Trafford where he proved to be the right player, at the right club at the right time. He became the catalyst and springboard for our surge to success.”

Will van Persie prove to be as big an influence as the iconic Frenchman? If he carries on scoring crucial winners and United win back the Title, he will have gone a long way to securing his place in United’s illustrious history.