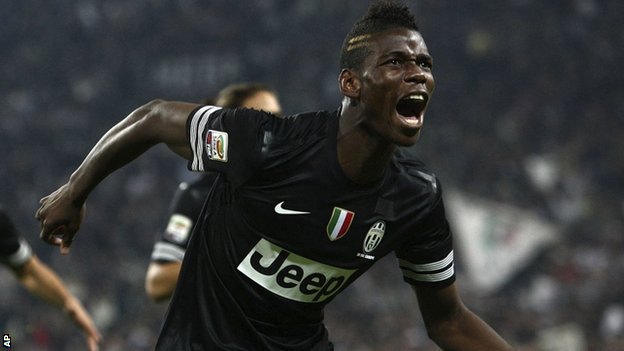 “I don’t think he showed us any respect at all so, to be honest, I’m quite happy [that he left],” United Manager Sir Alex Ferguson told MUTV after Paul Pogba’s departure to Italian giants Juventus. Are United and Sir Alex now regretting not doing more to keep the young French midfielder, given his performances and rave reviews in Italy?

Pogba’s decision to reject a new deal and walk out on United at the end of his contract in the summer had not exactly gone down well at Old Trafford, reflected by Fergie’s response. It was unusual as it’s normally the manager who makes the decision to move a player on; Jaap Stam, Van Nistelrooy and David Beckham are testament to that, but with Pogba, it was him rejecting United’s offer and insisting on a move. Given United’s current midfield, with Paul Scholes coming out of retirement, should United have done more to keep the young Frenchman?

By all accounts, Pogba has impressed in Italy and recently turned in a match winning performance in a top-of-the-table clash with Napoli. If Pogba continues to develop and perform at the highest level and if United struggle to replace Scholes, they may wish they had done more to keep the player at United.

More on this story here.